Climate change is becoming more and more visible across our planet and here at home in Ireland, with the increasing extremes in weather occurring in recent years.

Around the planet, effects are becoming ever more stark and noticeable. For the first time, in 2007 the Northwest passage shipping route across the top of Canada, from the Northern Pacific to Europe became ice-free during summer months – with the unprecedented melting of ice near the poles. This has continued during most years since.

The release of Carbon dioxide from our near 100% reliance on burning fossil fuels for energy since the industrial revolution, has changed the atmosphere, increasing the amount of carbon dioxide in it – causing radiated heat that would normally escape to space to be trapped. With the effect that the planet’s temperature is rising. The parts per million count of CO2 in the atmosphere (the measure of how much carbon dioxide is in the atmosphere) has gone from a steady historical level of 285 between 1000AD and 1900 but has now increased rapidly over a relatively short period to the current level of 415 in 2020.

The change to renewable energy and in particular wind energy, allows a massive shift away from adding carbon dioxide to the atmosphere and to a form of energy that is emission free. This has added benefits in addition to tackling climate change, such as cleaner air and less pollution in people’s living and working environments.

Global CO2 levels in the Atmosphere 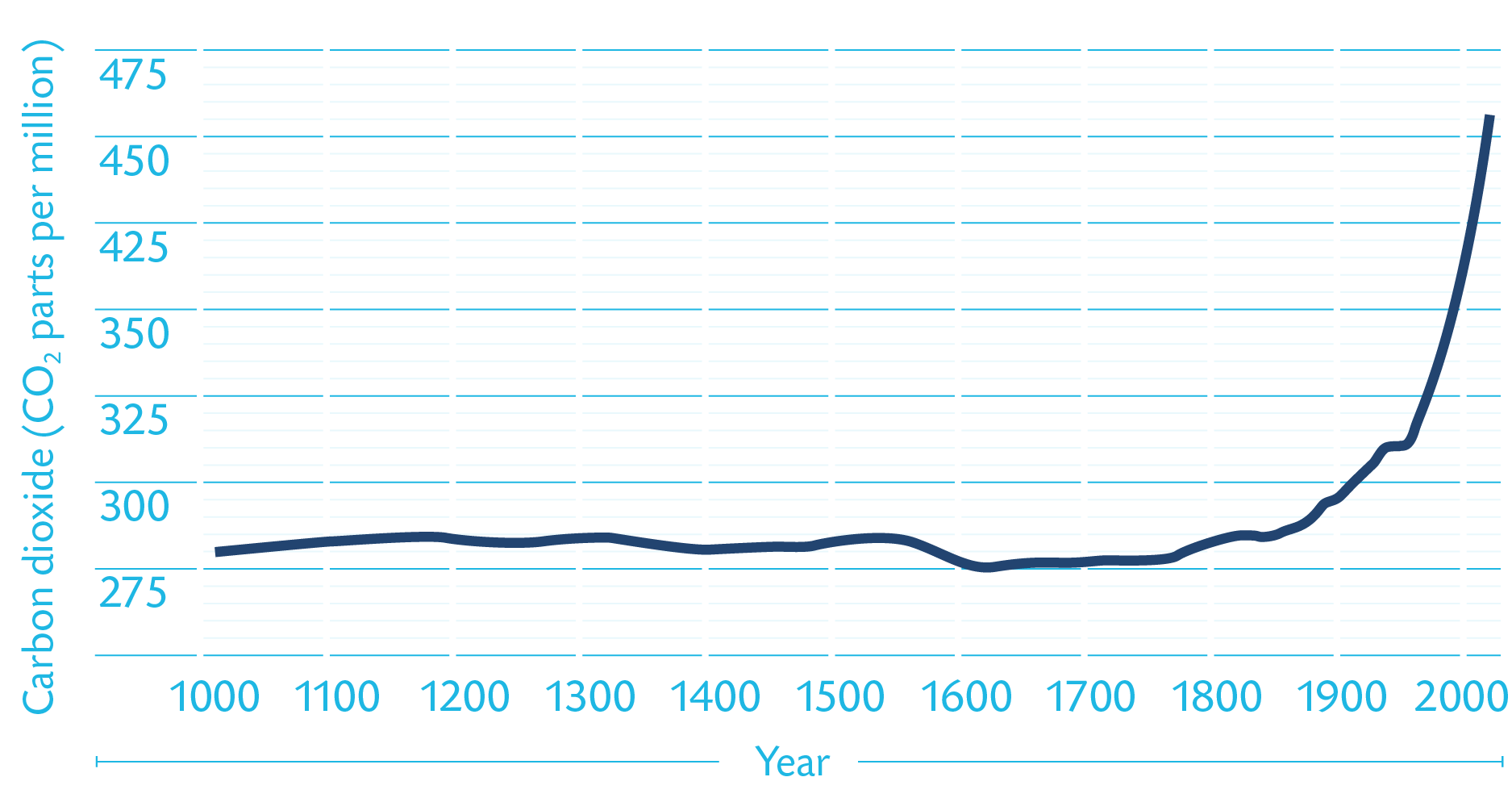 The change to renewable energy also provides financial security into the future on a national level. Once wind farms are built, the fuel is free and the exposure to variable fossil fuel prices as well as the premium paid to smooth out their fluctuation by the nation, is removed. And the cost of energy into the future for the country is cheaper and known now well into the future, without increases and fluctuations. We will have the power to power ourselves.

In addition, the change to renewable energy significantly reduces the national risk over security of supply of gas and oil to the country, currently in existence, after the needs of more powerful countries as the major pipelines cross from Russia, across Europe and then to Ireland.

The benefit of emission free energy into the future for future generations, benefits us all.